Multimedia Creative Director, with an experience of more than 15 years in the field of multimedia large scale audio visual content creation and immersive 3D mapping  show for public or private, ephemeral or permanent events, installations and theatrical shows. I am behind the visual conception of several major events as: The Viva Vivaldi permanent show in Venice ( 2017), the Bolshoi Theater 3D mapping ( 2014-2015), in the frame of the Moscow International Light Festival, The Burj Khalifa Opening Ceremony content ( 2010 ) and the Jumana Extravaganza permanent outdoor show concept & content production ( 2007), Also as being officially invited to be part of the jury for the 2014 Circle Of Light, International Light Festival in Moscow. http://lightfest.ru/. My mixed cultural backgrounds, French, Russian and Arabic allows me to think literally “ outside the box” producing unconventional & creative results. Always striving to go further and reach new horizons of expression, I am also a play-writer that creates and conceptualize theatrical multimedia shows. (ex:The Spectacular Toolbox)

2017 Viva Vivaldi / 3D Mapping Permanent Show / Venice / “The Four Seasons Mystery”/ May 2017. an immersive phantasmagorical visual journey that tells the story of both the human and artistic personality of Antonio Vivaldi and his extraordinary composing skills. The show is a new, unique, visual, sensorial and musical experience.

2016-2017 “The Spectacular Toolbox” or “The Forgotten Sunduk” , is a concept that I have written and visualized for a theatrical permanent show featuring stage mapping and an interactive live performance. The story is based in an ancient Arabic-Fantasy land where an environmental cataclysm is unleashed. A team of mechanical characters will be engulfed in spectacular quests and fabulous adventures, where they will have to solves mysteries as at the same time dodge multiple dangers, to save their master and the world. It’s like a “Cirque du Soleil”, but with an Arabic-fantasy-steam punk touch!

2015-2016 Gate Avenue DIFC Launch Ceremony 2016 – Concept, visualization and content creation. I am behind the Concept, visualization and content creation. 10 minutes of video content and 3d animation were created for a special ghost screen. An innovative technology was used to present the future retail area using a Virtual Reality Mapping combination. A black and white sketch 3d animation of the future retail centre was projected to match the perspective of the existing construction site.

2014-2015 Circle of light 2015 / Defense Ministry Moscow. “Time Cabinet”: Once again I was officially invited by the Moscow Government to represent the UAE in a new edition of the International Moscow Light Festival 2015. I was in charge of the main part of the program: A 3D mapping retrospective of the 850 years of the Russian National Explorers Organization.  Beating that year the world record for The largest projected image! The Resolution was of 12 000pixels, and the projection had a total surface area of 19,099.3 m² (205,582.33 ft²) .4 October 2015. The gigantic video projection was screened on the Ministry of Defense Building in Moscow, Russia.

2014 Royal & High profile Weddings. Dubai. H3oMC has been behind several Royal and high profile weddings. Starting from 2005, in Dubai Trade Center, H3oMC has created original wedding concepts and followed with delivering high class, large scale mesmerizing video content. This includes large format projection, 3d mapping and LED contents. Always, i start by writing the perfect script for a fantastic fairy tale story that will fit the expectations and aspirations of the client.(For reasons of confidentiality and respect to the client most of the material will stay off line.)

2013-2014 Circle of light 2014 / Bolshoi Theater Moscow . Original concept, storyline & direction. Moscow International Festival of lights. “World Theaters”.3D Mapping on the Boslhoi Theater facade, 4 main civilizations & theaters will be revisited and explored. Bringing forward contrasting theatrical specialties, milestones and breakthroughs of each Culture. It is a chronological cultural travel: ” During 4 minutes and a half, we will immerse people in different Spaces & Times.” 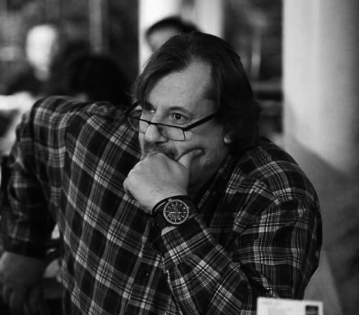 She started to work as an event manager and progressed to the position of the Event Director. The major projects managed as a General Director of the event are: OJSC MegaFon Hospitality program for London 2012 Olympic Games, IAAF Congress 2013 in Moscow, OJSC MegaFon Hospitality program for Sochi 2014 Olympic Games, 1 year after the Olympic Games in Sochi in 2015 in cooperation with Ilya Averbukh production center, FIFA banquet and Protocol services for the FIFA Predraw in 2015, KHL Closing Ceremony event in 2015,  IIHF Ice Hockey World Championship 2016 Opening Ceremony, Hospitality director for Pitch Sports at FIFA Confederations Cup in 2017, Figure Skating Gala event in 2018.

Nowadays Alena is the managing partner of the boutique sport events and hospitality agency in Russia – Hot Shot Sport and has become and the Head of Moscow branch of H3Oconceptz. +7 925 008 03 06 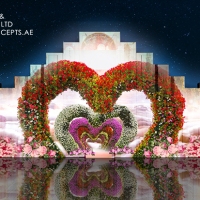