MOSCOW INTERNATIONAL LIGHT FESTIVAL 2015. Once again H3oConcept has been officialy invited to participate as the only representative of the U.A.E.,in this prestigious annual light extravaganza. This time beating a new world record. A 12 000 pixels animation was created under the special request and scenario of the Russian National Geography Organization. The building is the Ministry of Defense. The largest projected image has a total surface area of 19,099.3 m² (205,582.33 ft²) and was achieved by the Moscow International Festival ‘Circle of Light’ in Moscow, Russia, on 4 October 2015. http://www.lightfest.ru/foto/

Each year,  the Moscow governmement invites some international companies to participate in the frame of the International Light Festival. This year the theme was the 170 years of the creation of the Geographical society of world explorers. H3oMC was chosen to create the 3d mapping content following the scenario given.

The event overall met a great success. During more that 1 week , the projections were playing on several well known Moscow Landmarks. like the VDNX pavillions, Bolshoi Theater and in our case the building of the Ministry of Defense ( Fruzinskaya Naberjnaya). several millions spectators were able to attend this festival, as much as it was well covered by local and international media. 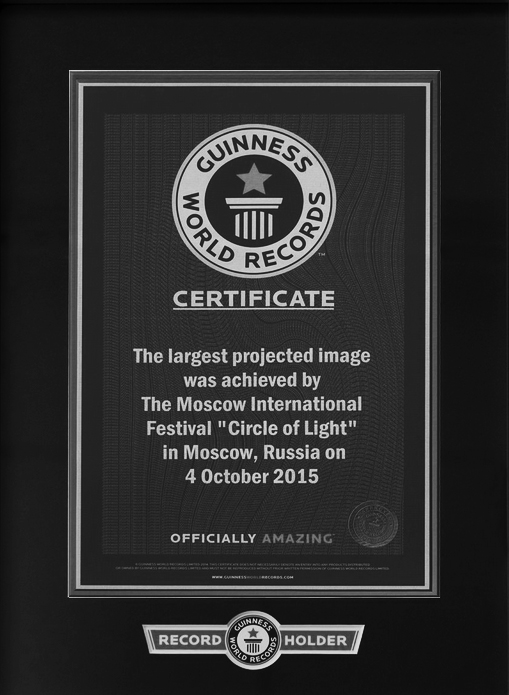 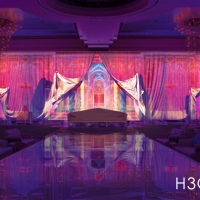 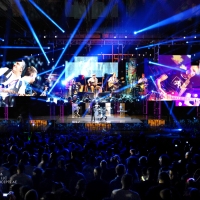